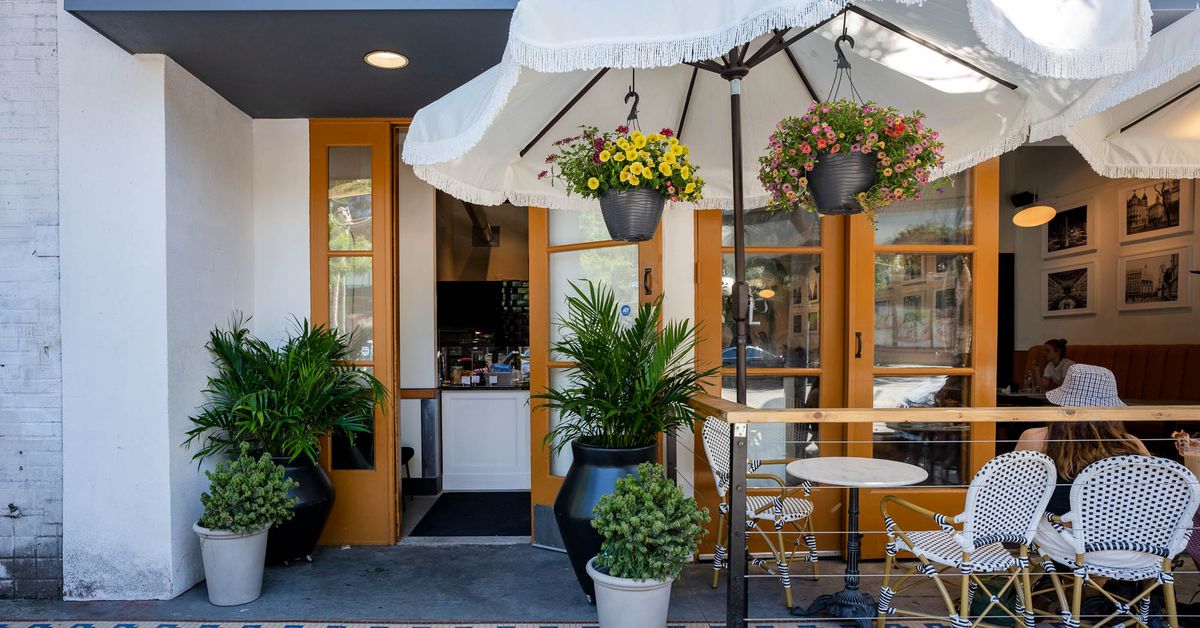 When Seattle restaurateur Marco Casas Beaux was growing up in Mar del Plata, Argentina, every morning started with a café con leche and a media luna — a pastry similar to a croissant, but smaller and sweeter. In the afternoon, he sometimes snacked on English tea sandwiches or biscotti, and the thick-crust Argentine pizza was a dinner staple.

“Argentina is the only country in Latin America that has almost 90% of European origin,” says Casas Beax. “They all brought their own style of pastries and we were lucky enough to be able to sample everything.”

Casas Beaux, whose family immigrated to Argentina from Italy, later moved to Seattle and opened several successful restaurants, including mini-chains Boca Restobar and Grill and Cactus. But he missed his morning media lunas. “I must have it,” he said.

That desire turned into a business, Boca Argentine Bakery and Pizzeria, which recently opened near the corner of Broadway and Republican Street in Capitol Hill. In the morning, Casas Beaux serves Argentine pastries, espresso, freshly squeezed juice, and mate (the staple caffeinated drink in Argentina). From 11 a.m., Neapolitan and Argentinian pizzas begin to come out of the oven. And in the evening, the focus is on Spanish tapas, served with wine, beer and cocktails (although Casas has few cultural ties to Spain, he says he has traveled the country extensively and is a “fanatic” of tapas).

The airy, white-walled space has around 100 seats inside and large French doors opening onto a patio with a white umbrella and hanging plants. Shelves filled with loaves of crusty bread hang above a service counter that separates the La Marzocco espresso machine and glossy black brick oven from customers queuing to order.

Pizzas include Neapolitan pies topped with classic Italian ingredients like mozzarella, basil, and Calabrian sausage. But Casas Beaux also offers the thick-crust cheese pizzas he grew up in Argentina, a dish called fugazza or fugazzetta that he describes as something between Neapolitan pizza and deep Chicago pizza.

“Pizza in Argentina is amazing,” says Casas Beaux. “We have good grain in the pampas. The water is pure. »

While the grain and water in Washington are different from those in Argentina, Casas Beaux has adjusted the dough recipes to make them taste like home, using a sourdough starter for fermentation and an oven that uses both gas and wood for cooking. It serves all kinds of espresso, beer, and wine throughout the day, but the bar will stick to classic Italian drinks like Negronis, fernet, and vermouth.

The evening menu at Boca Argentine bakery and pizzeria is packed with tapas from all over Spain – think tortilla española (Spanish tortilla), Galician-style octopus and chorizo ​​cooked with hard apple cider, a specialty from northern Spain.

While Boca Argentine Bakery and Pizzeria is perhaps the most prominent Argentine bakery to open in Seattle to date, Seatango Argentine Bakery and Cafe (a graduate of the Spice Bridge incubator program) serves alfajores and empanadas in Lake City since June 2021, and Sur Argentine Bakery has been serving Argentine pizza and pepas (crispy quince-filled cookies) in Lakewood since 2019. When Casas Beaux started running restaurants in Seattle 30 years ago, he says that people hardly knew about the gastronomic wonders of his country of origin. A few decades — and several Argentine restaurants — later, he says he’s thrilled that his country’s bragging-worthy cuisine is gaining recognition.


Register to receive the newsletter

! Murcia today – Jumilla extends and improves its wine routes with the use of the wine museum