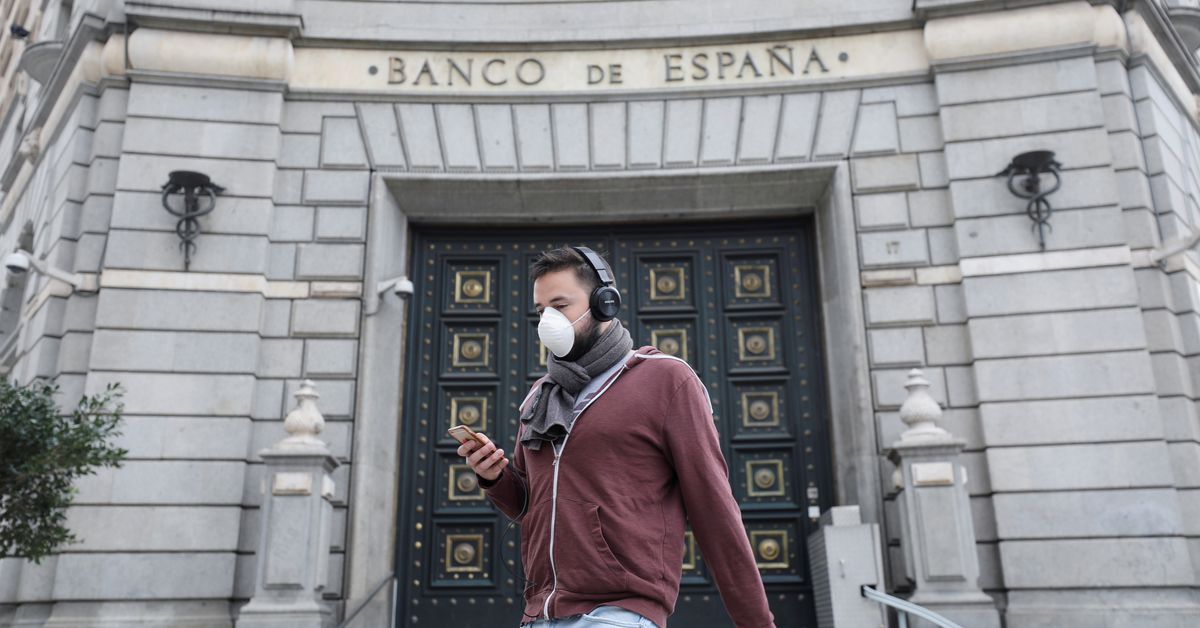 A man wears a protective mask as he walks past Banco de Espana (Bank of Spain), amid concerns over the coronavirus outbreak, in Barcelona, â€‹â€‹Spain, March 14, 2020. REUTERS / Nacho Doce

However, De Cos reiterated that he anticipates a gradual normalization of activity in the coming months, assuming the economy improves as the pandemic abates.

Spain’s second-quarter gross domestic growth has been revised to 1.1%, from 2.8% originally, according to official data released last week, undermining optimistic forecasts for the full year of a return to pre-pandemic production levels. Read more

Two days earlier, the Bank of Spain had raised its estimate of the annual growth forecast for 2021 to 6.3% from 6.2%.

“These forecasts will have to be updated once the implications of the profound revision made by (the statistical institute) INE to the growth observed in the second quarter of the year,” said De Cos.

The INE’s downward adjustments were driven by the final sales data, both for large and small firms, in the service and manufacturing sectors, as well as for private consumption.

The segments most exposed to consumption, such as retail trade, restaurants and transport, had fallen 0.4%, while it had previously estimated growth of 5.5%.

Until this revision, the Spanish economy was considered one of the fastest rebounds among developed countries, after falling 10.8% in 2020.

After the victory of the SPD in Germany, is the center-left of Europe on the rise? | Europe