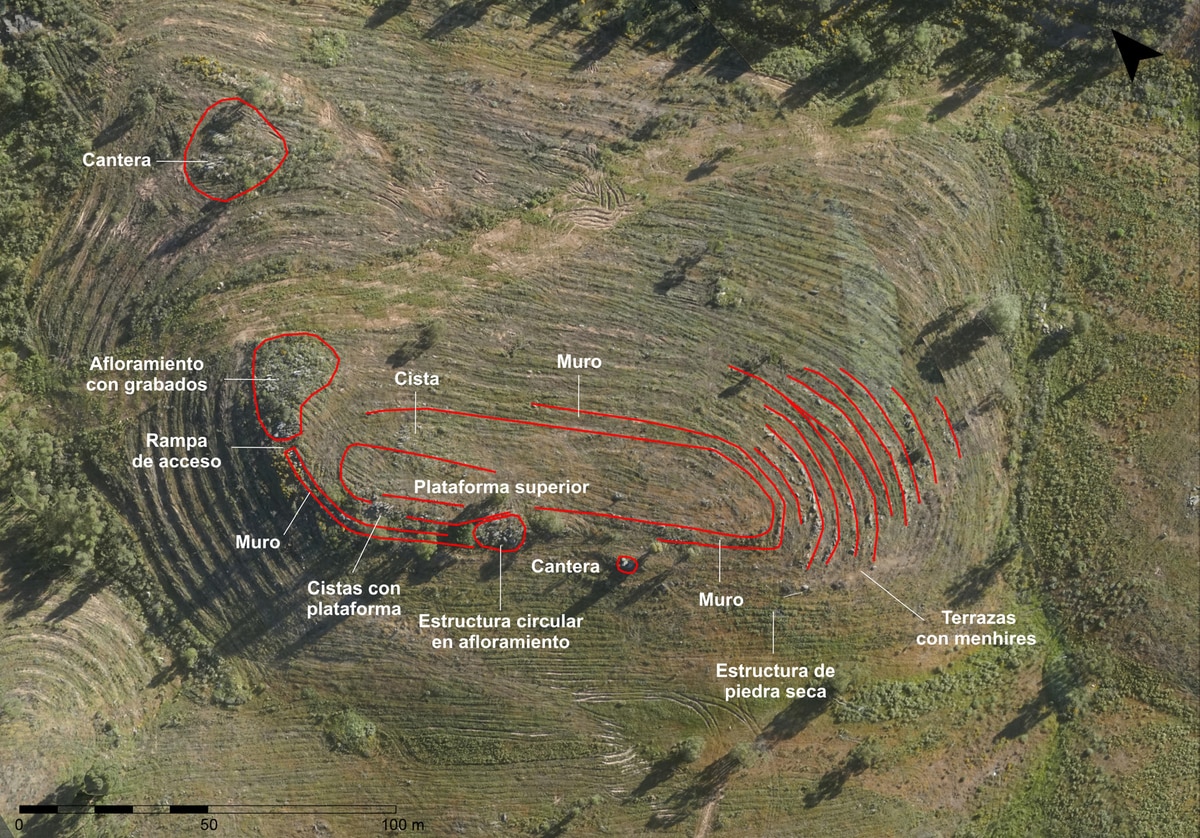 Archaeology: One of the largest megalithic concentrations in the world discovered in Spain | Culture

As the price of avocados never seems to stop rising, the owner of the 600-hectare La Torre-La Janera farm in the Spanish province of Huelva decided to cover his property with avocado seeds. However, the city council, interested in the possible archaeological potential of the land, demanded that an investigation be carried out beforehand. The result, while unpleasant to the farmer, was spectacular from the point of view of the archaeological community.

Three megalithic sites were subsequently discovered. The stone monuments were probably built for the purpose of monitoring growing seasons and observing astronomical events. Experts from the universities of Huelva and Alcalá de Henares noted that the massive complex began to be erected at the end of the sixth millennium BC and lasted nearly 3,000 years.

La Torre-La Janera is located on the left bank of the Guadiana River. The site is located about fifteen kilometers from the coast… but that has not always been the case. In recent prehistory, between 6,500 and 4,000 years ago, the sea level was two meters higher – the retreat of the waters resulted in the current location.

New surveys, accompanied by the photo-interpretation of satellite and aerial images, as well as the use of LiDAR (laser) data, have revealed a much richer archaeological world. Dr. Bueno-Ramírez, professor of prehistory at the University of Alcalá de Henares, confirms that “to date no such compact concentration of megalithic sites is known, with such expectations of obtaining archaeological data, nowhere in Europe. The important thing is that the local councils and mayors of the region – as well as the landowners – are very involved.

An article published by a group of Spanish archaeologists in the journal Cuadernos de Prehistoria notes that “La Torre-La Janera is [the most] unique site discovered to date in the Iberian Peninsula. The stone architectures and other manifestations associated with them refer to different chronological stages of recent prehistory… monuments with different functions and technical traditions coexist. The authors go on to say that the site “is notable for the high density and diversity of sandstone megaliths and associated finds, such as quarrying areas, rock carvings and dry stone structures”.

A total of 526 menhirs (or ritual stones) – standing or collapsed – have been excavated. Their shapes are varied: they measure between one and three and a half meters in height. On the surfaces, “polishing and abrasion in specific areas” are still visible. Experts point out that the “incised engravings have symbolic value”.

Most menhirs are concentrated in 26 alignments. The alignments, comprising from one to six rows, can reach up to 250 meters in length in some cases. The stones were built “on the tops of the hills with a clear horizon to the east, from which the sunrise could be observed”.

In addition to standing stones, numerous cemeteries have also been detected in La Torre-La Janera. Some have burial containers, while others may have been set up for commemoration rituals, possibly involving offerings to the deceased. Stone cemeteries have different lengths, ranging from 6 to 17 meters. Additionally, 41 stone coffins constructed to hold two or more bodies each have been documented.

“The burial mounds functioned as both houses of the dead and ritual spaces,” the article by Cuadernos Explain.

As for the three megalithic enclosures found on terraces or platforms, they are “large open constructions built on staggered levels. Inside, structures with various functions are concentrated. Studies indicate that they are “situated on prominent hills, with wide visibility and perceptibility of the landscape, whose peaks and slopes have been topographically transformed. They are concentrated around a stream and shelter reused menhirs. One of the enclosures occupies 1.95 hectares of space: it consists of a circular platform at the top and two surrounding levels made up of large stone walls. On the southeastern slope there are up to six levels, containing 15 reused menhirs, coffins and other masonry constructions.

The surroundings of the enclosures reveal blocks in the process of transformation, quartzite hammers and discarded supports. There are also engravings: 10 have been counted to date, mainly formed of circles and incised lines. Some carvings are superimposed over natural erosion marks in the stones to take advantage of the linear grooves.

A recently published archaeological report states that “the fusion between the natural and the anthropic gives La Torre-La Janera its own character, with most of the monuments having a rough and simple appearance. The alignments reveal the existence of open monuments with more complex shapes and functions, possibly for purposes of tracking the cycle of the seasons and observing astronomical events. They were erected in exceptional locations, with wide visibility over the landscape. They were spatially connected with the surrounding land, horizon and sky, as is common in [these] types of groupings.

The authors of the article Cuadernos de Prehistoria summarize: “The discovery of La Torre-La Janera brings new arguments that reinforce the interpretations of Atlantic megalithism as one of the oldest human phenomena aimed at the transformation of territories. Therefore, the site broadens the horizon of knowledge of Western European megaliths and the research potential of the Iberian Peninsula.

Full site analysis began in 2021 and will likely be completed by 2027.

Feminist or not, Giorgia Meloni has a duty towards Italian women