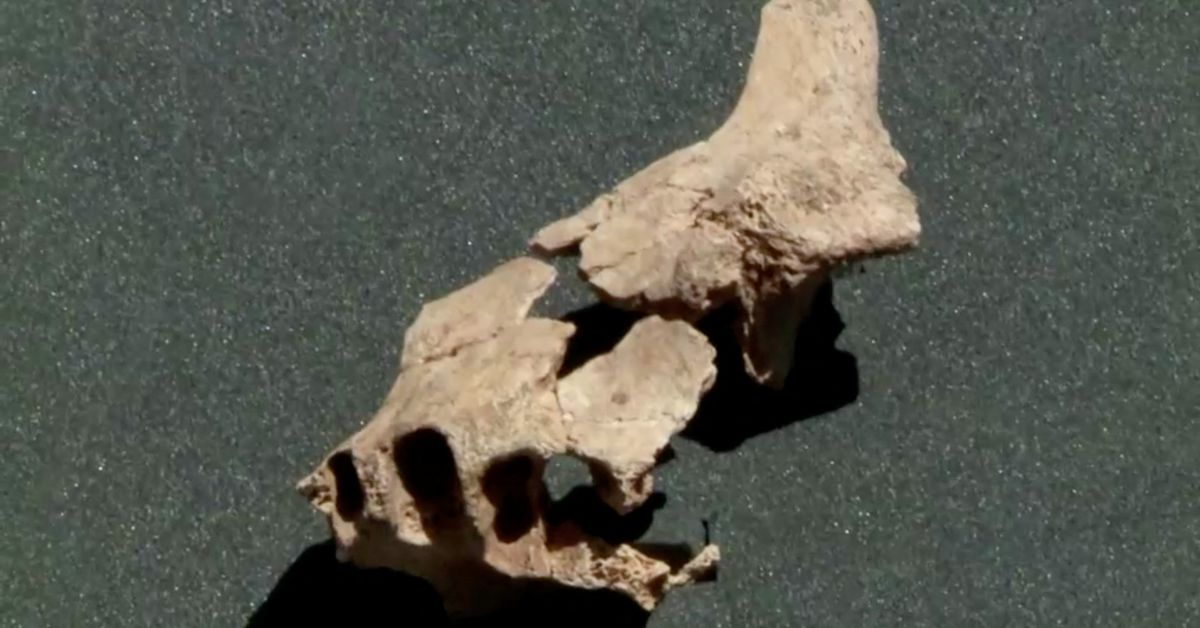 Ancient jawbone could give insight into Europe’s first humans

MADRID, July 8 (Reuters) – Spanish archaeologists said on Friday they unearthed an ancient jawbone that could help them examine the faces of some of Europe’s earliest human ancestors.

The surprise find, which may be around 1.4 million years old, could also give vital clues to the evolution of the human face over millennia, the Atapuerca Foundation team said.

“The first week of July 2022 will go down in human evolutionary history,” the team added in a statement.

The fossilized fragment of an upper jaw and cheekbone was found near caves in the Atapuerca Mountains in the province of Burgos in northern Spain, the site of other ancient remains.

The scientists said they are still working to identify the specific type of human ancestor and determine the age of the bone.

“We have to continue our research for about at least a year. … It takes a long time,” José María Bermúdez de Castro, one of the team’s coordinators, told reporters.

“What we can say is that we have found a very important and interesting fossil that belongs to one of the first populations that arrived in Europe.”