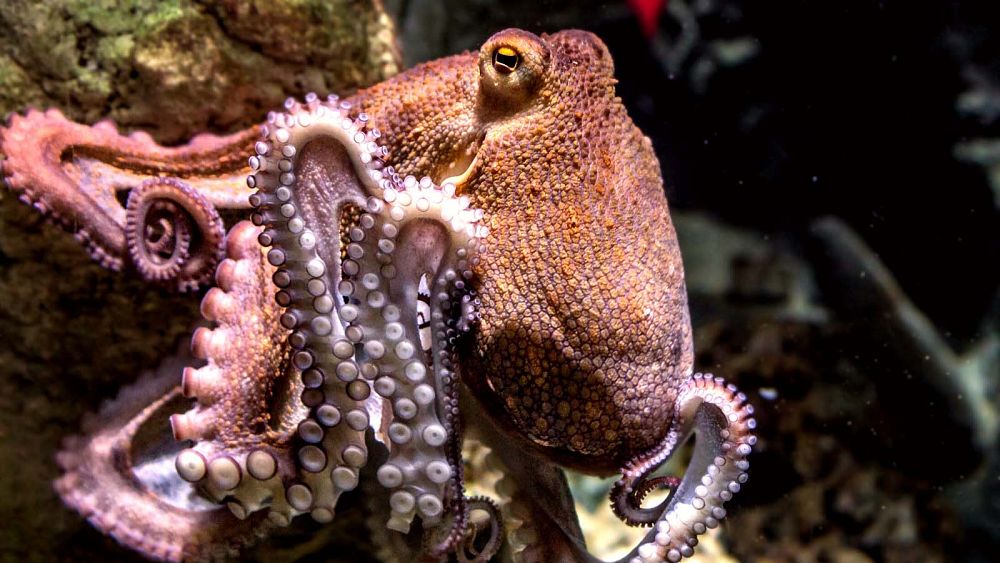 A company in Spain plans to introduce a practice no one has ever attempted before: opening the world’s first commercial octopus farm.

New Pescanova has already invested more than 65 million euros in a massive farm to be built in the port of Las Palmas in the Canary Islands. The farm will be able to produce 3,000 tons of octopus per year and should be operational in the summer of 2022.

But news of the initiative was met with horror and heavy criticism from the scientific community and animal welfare campaigners.

‘Shut it up’: why the controversy?

The fact that octopuses are incredibly intelligent animals is now common knowledge.

Multiple experiments have proven that these curious and changeable animals adopt quite complex behaviors, such as using coconuts and seashells to hide and fight. They are able to quickly learn tasks established by observation alone and have 500 million neurons – making them as smart as dogs or a three-year-old child.

Last year the UK recognized octopuses as ‘sentient beings’ after an independent review of 300 scientific studies by the London School of Economics and Political Science. The review presented compelling evidence that octopuses are capable of experiencing pain as well as excitement and pleasure.

And while scientific advice is often ignored, when it comes to octopuses, pop culture has come to the rescue.

In 2010, Paul “the psychic octopus” became something of a hero in Germany for correctly guessing the outcome of all seven of Germany’s matches at that year’s FIFA World Cup. He even predicted the winner of the final match between Spain and the Netherlands.

Netflix’s Oscar-winning documentary My Octopus Teacher, depicting the moving friendship between a filmmaker and a cephalopod, was also great communication for these invertebrates.

High mortality, cannibalism and self-harm: why octopus farming is so bad

Due to their inquisitive and inquisitive nature, octopuses will suffer a great deal in captivity. They are also solitary and territorial creatures, and experts worry that being trapped in enclosed spaces with unwanted neighbors could lead them to eat each other.

Previous attempts to breed octopuses for breeding have faced high mortality rates among the animals, as well as cases of aggression, cannibalism, and self-harm.

Asked about the conditions under which the octopuses will be kept on the farm, the Spanish company refused to answer. We have no idea how big the tanks are, what food they will eat, and most importantly, how they will be killed.

But scientists are in no doubt that whatever practices are adopted, octopus farming is downright cruel.

There is currently no recognized humane method for killing octopuses, and current techniques used on wild octopuses are far from kind to these cephalopods. Octopuses killed for human consumption are often boiled alive, beaten on the head, suffocated or frozen in ice.

Surely there’s a law preventing this farm from opening?

The EU has strict regulations to ensure animal welfare on European farms, but unfortunately these laws do not cover invertebrates – such as octopus.

But according to many scientists, octopuses are in many ways an exception among invertebrates. They are the only invertebrates, for example, that can use tools to make their lives easier.

Because of this, some countries, including the UK, consider them “honorary vertebrates” and extend the same protection given to vertebrates (e.g. surgery during testing cannot be performed without anesthesia.)

Octopuses have never been farmed. Why start now?

Octopus has long been a delicacy in Mediterranean countries, Asia and Mexico. But recently, the demand for their meat has skyrocketed, as countries that didn’t traditionally eat octopus are developing a taste for it.

The growing demand for octopus leads to the overfishing of this animal, and consequently the rise in its price on the world market. All of this helps to make the idea of ​​farming octopuses more and more appealing.

But isn’t fish farming good for the planet?

Believe it or not, Nueva Pescanova is actually seeking a grant from the European Union’s Next Generation Funds, the EU’s set of loans and grants supporting recovery from the pandemic and fostering a greener economy.

It does this by claiming that octopus farming will reduce the growing pressure on wild stocks, in line with the UN’s Sustainable Development Goals.

According to the new EU Strategic Guidelines for Aquaculture (SAG) introduced by the EU last year, Europe is encouraging seafood farming to end its dependence on fishmeal and fish oil made from wild fish and to diversify with more sustainable species.

And yet, scientists claim that there will be no environmental benefit to octopus farming, quite the contrary.

In “The Case Against Octopus Farming” published on Problems in science and technology in 2019, the researchers claim that “octopus farming is counterproductive from an environmental sustainability perspective” because octopuses are on a carnivorous diet that will contain fishmeal.

According to the WWF, about a third of the world’s fish catch is used to feed other animals. Octopus farming would only aggravate the crisis of depleted stocks.

With all we know about the ongoing biodiversity crisis, animal welfare, and the rise of vegan and vegetarian alternatives in the food market, choosing to farm octopus seems, indeed, as scientists say, a useless “disaster”.

The Argentine province of Córdoba is known for its sense of humor. A new virtual Jewish museum celebrates this.

Echino Design – Design, art and science from the perspective of vital tradition