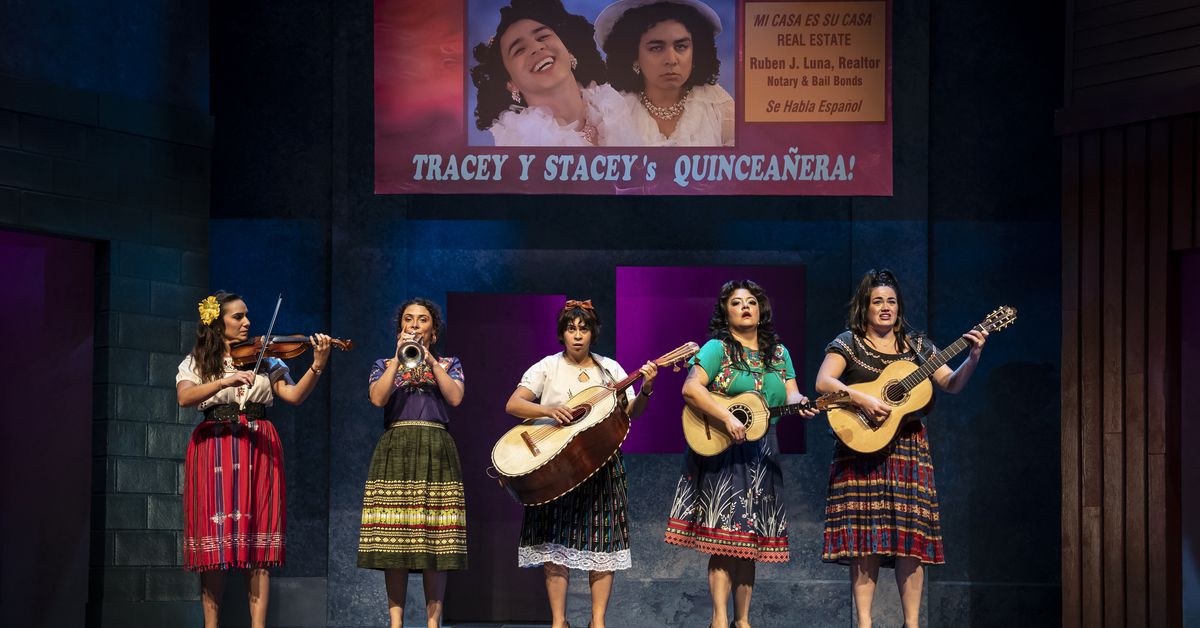 Music is memory: it is the chorus that vibrates throughout the exuberant “American Mariachi”, the piece by JosÃ© Cruz GonzÃ¡lez with music on the values â€‹â€‹of family, love, of tradition and challenges to these ideals.

The play, which premiered Monday night at the Goodman Theater, begins with the grito, the harsh, primitive cry that utters many Latin folk standards, and from that cry, “American Mariachi” erupts into the accelerated trumpet fanfare of “Son de la Negra”, the traditional classic considered to be the second national anthem of the Mexico. For many Mexican Americans, the iconic song triggers a feeling of welcome recognition that nude story – our story – is about to be told.


This story, set in the 1970s in an unspecified American town, centers on the Morales family, whose trials and tribulations take place against the backdrop of mariachi music (mariachi, aka ranchera, is the quintessential sound of Mexico). Federico (a good Ricardo GutiÃ©rrez), “an old-school Mexican” and part-time mariachi musician, tries to keep his family rooted in tradition (and the obligations that come with it) but his daughter, Lucha, a nursing student. , aspires to free himself from his paternalistic reign.

Haunted by the memory of her aunt Carmen, who drowned, Amalia, Federico’s wife and Lucha’s mother, sinks into a fog of madness; she comes to life hearing music – in particular, a bolero (ballad) written and recorded especially for her years ago. When the only record for this song is broken, Lucha (effervescent Tiffany Solano) and her cousin Boli (exuberant and sassy Lucy GodÃ­nez) decide to form an all-female mariachi so they can recreate the ballad for Amalia (Gigi Cervantes, winner at every turn) before she succumbs to her fate. Passed down from father to son, mariachi (then as today) remains the province of men, so Lucha and Boli face a difficult struggle.

Grammy-nominated, Chicago-based stellar ensemble Sones de MÃ©xico serves as an anchor for the piece, as it expertly performs classics of the genre, which set the mood and propel the action. Helped by the friend of the Mino family (an excellent Bobby Plasencia), Lucha and Boli, as well as Isabel (a beatific Molly HernÃ¡ndez), Gabby (Amanda Raquel MartÃ­nez, totally delicious) and Soyla (a Gloria Vivica Benavides who steals the stage), the master of women their instruments and learn that mariachi requires “sacrifice and discipline” … and above all, respect.

The actresses, all accomplished, also learned their instruments in real life and shine in their musical numbers, in particular, an English version of the traditional funeral song “La Llorona”, performed first by Lucha, then as a stunning duet in Spanish by TÃ­a Carmen (Commander ErÃ©ndira Izguerra) and Amalia as they are both adorned with cavalera makeup (skull) and traditional traje de charro suit. (Although primarily spoken in English, “American Mariachi” offers a lot of dialogue in Spanish, but the meaning is clear throughout.)

Henry GodÃ­nez, The Goodman’s resident artistic associate, directs with his usual flair. â€œAmerican Mariachiâ€ is a co-production with the Dallas Theater Center (where it was filed in 2020 due to the pandemic) and is presented as part of Destinos, the Chicago Latino Theater Alliance’s annual festival. Released three years ago in Denver, the play has already been produced in San Diego and Los Angeles. The sets, costumes and lighting reflect colorful Mexican motifs – for example, the symbols of water, earth, fire and wind common in Day of the Dead celebrations, such as papel picados (lace banners).

While it appeals to everyone, the play brings together many issues in its 95-minute non-intermission: aging, family conflict, mental health, sexism, paternalism, assimilation, marital conflict, and women’s equality. As it oscillates between comedy and drama, often within the same scene, the production sometimes falls into an overly broad acting style more suited to an edition of â€œScooby-Dooâ€ by a road company.

Ultimately, â€œAmerican Mariachiâ€ commands esteem as it celebrates a culture that is slowly disappearing, with genre giants either dead (Juan Gabriel and Joan Sebastian) or retired (Vicente FernÃ¡ndez). (On this year’s Latin music charts, so far, only one ranchera song, “Tus Desprecios” by Pepe Aguilar and El Fantasma, reached number 1.) Kudos to “American Mariachi” (and Sones from MÃ©xico) for carrying on the tradition.

As Mino reminds women, â€œThis music arose from the ashes left by the sword and the cross, La Conquista, and from the embers emerged the mariachi, which for generations has filled the lives of ordinary people from birth to birth. baptism, from marriage to death. â€It tells a universal story as it also celebrates an often marginalized community in the arts, and for that,â€œ American Mariachi â€deserves lasting respect.