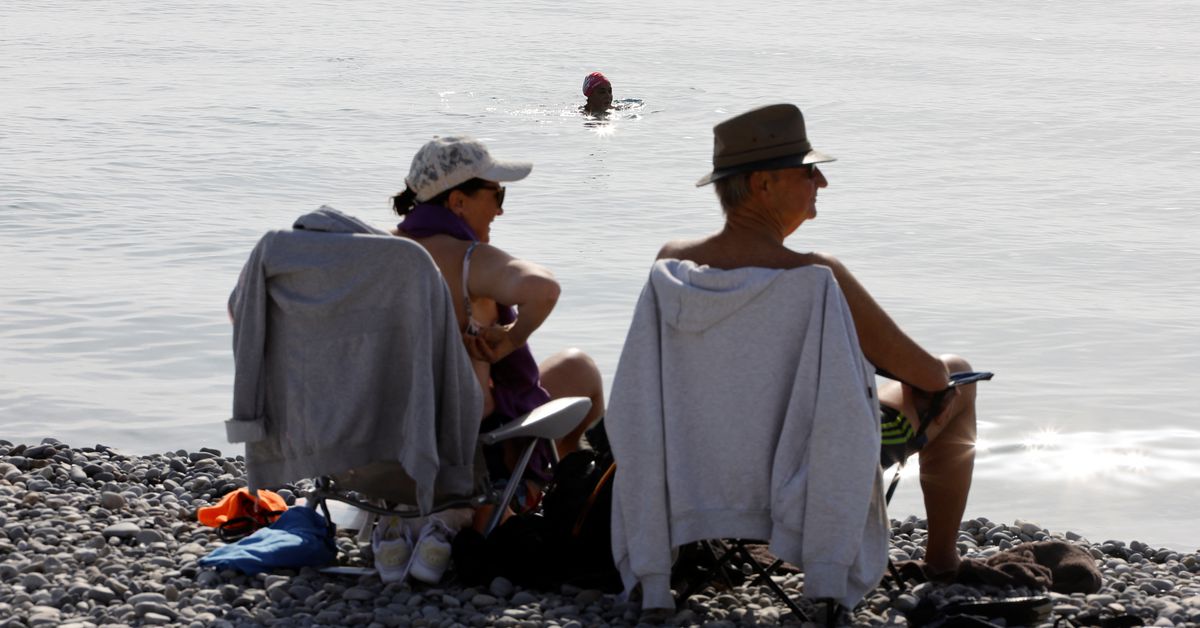 After a torrid summer, France and Spain are bathed in an exceptionally warm autumn

On the Côte d’Azur, tourists sunbathe in bikinis, the terraces are full and the sea water warm enough for swimming.

“At the end of October, it normally cools down and on All Saints’ Day it usually rains, but this year it’s exceptional,” said Rose-Marie Martini, sunbathing on the beach in a swimsuit.

She said that at home the heating was still off, and the water was still suitable for swimming at 20 to 21 degrees Celsius.

Successive heat waves have ignited Europe and placed renewed attention on the risks of man-made climate change to agriculture, industry and livelihoods.

“2022 is already the hottest year on record,” said meteorologist Frédéric Nathan of Météo France, adding that while Indian summers were not unusual, in recent years the degree of warming had reached unprecedented levels. .

“Each year now sees dozens of record highs and virtually no low temperatures, a typical sign of climate change,” he said.

Spain experienced unusually hot weather on Thursday with some places expected to exceed the 30 degrees Celsius (86F) mark, and national weather agency AEMET predicted it could be the hottest October since start of recordings.

AEMET said every day of the month except Oct. 1 was warmer than usual for this time of year.

In the traditionally cooler and wetter Basque Country to the north, temperatures also hovered around 30 degrees Celsius, with the coastal city of San Sebastian experiencing heat more suited to summer.

“We are grateful for the weather. It’s good for the terraces, we appreciate it,” server Carlos Cruz.

Beach resorts across France have extended their season as unusually warm weather entices tourists to come.

He said their season started earlier and ended later than just a few years ago.

“We remain open as long as the weather permits.”