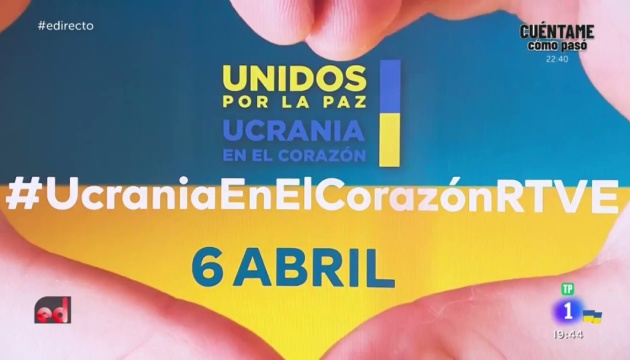 A special concert “Unidos por la paz: Ucrania en el corazón” (“United for peace: Ukraine in the heart”) in support of Ukraine will take place in Spain on 6 April.

This is according to the Ukrainian public broadcaster AU: PBCreports Ukrinform.

“Spanish and Ukrainian musicians, including Eurovision contestants from different years, will come together on a stage for the sole purpose of raising funds to help Ukrainians affected by Russian aggression,” the statement said.

Ukraine will be represented by Jamala, who will perform their Eurovision 2016 winning entry ‘1944’, as well as NK.

The two-hour show will be broadcast by Spanish public broadcaster RTVE, which is organizing the event. In addition to musical performances, the concert will include reports on Ukraine and a number of interviews.

Proceeds from the broadcast will be donated to humanitarian efforts through ACNUR (United Nations High Commissioner for Refugees), the Red Cross and CEAR (Spanish Commission for Refugees).

As Ukrinform reported earlier, at the end of March, charity shows were held in Poland and Germany to raise funds for Ukraine as the country fended off Russian aggression.