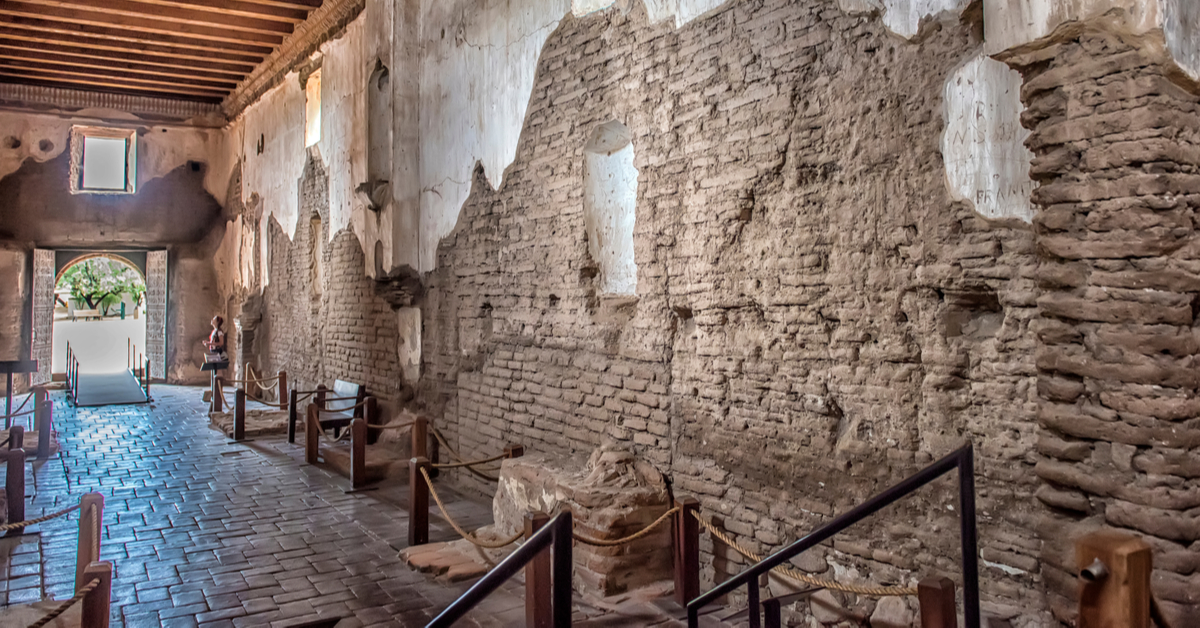 10 best things to do in Tumacacori National Historical Park

While everyone knows Arizona is home to national parks like the Grand Canyon, Saguaro, and Petrified Forest, few people have heard of TumacÃ¡cori. Nestled in the desert of southern Arizona, the lesser-known TumacÃ¡cori National Historic Park preserves the ruins of a Spanish mission built in the 1820s. However, the park represents much more.

Located at the crossroads of many cultures, the mission grounds preserve the history and stories of the O’odham, Yaqui and Apache peoples, as well as European missionaries, settlers and soldiers. The mission grounds bear witness to their colorful history, including both conflict and cooperation.

Living a short drive from the site, I have visited TumacÃ¡cori National Historical Park several times over the years and have found the following unique experiences to be always worth the return visit.

1. Enter the history of southern Arizona

As soon as you enter the park through the visitor center, you will feel a part of history, as the building itself reflects the architecture of a historic mission. Designed to be an interpretive experience, the building incorporates the historic architectural style of the missions, using carved wooden doors, arched portals and corbelled ceilings.

The museum located in the same building features unique artifacts and exhibits, telling the story of the Santa Cruz Valley, its indigenous peoples and the mission period. You’ll find several detailed and accurate dioramas depicting moments in the region’s history, from Father Kino’s arrival to a rebellion and mission mass. You’ll also find life-size models of mission priests and several of the original wooden saints carvings from the mission.

2. A look back at life in the mission

From the museum, step outside to begin your mission field tour. The first area you will see is the community square, in front of the church building. From here you can view the entire site, all of the rooms providing an opportunity to understand the surroundings and life at the mission.

Imagine residents from different backgrounds going about their daily lives. Priests from Spain, but also from Austria, Bavaria, Switzerland and Italy, took up residence there for short periods, living side by side with the O’odham, Yoeme (Yaqui) and Nde (Apache). .

A low mound on your left includes the remains of several adobe residences. These houses, built so close to each other, differed from the traditional houses in O’odham villages, where the houses were separate and did not share walls.

On the right, you’ll notice a ramada, laid out to resemble the outdoor kitchen area of â€‹â€‹a mission family.

And straight ahead, the church dominates the neighborhood. The beautiful and elaborate facade of the church seems out of place in the middle of the desert. It incorporates elements from all over the world, except for its surroundings. Egyptian, Roman and Moorish elements blend and compete with each other, a more elaborate trait than the next. According to the mission guide, the original bright colors showcased Spain’s influence. The columns were bright red, yellow and black, while the niches where the statues stood were colored blue.

As you get closer to the building, you will still notice the remnants of paint and shiny patterns.

Every time I walk into the church, I’m surprised at how old he is, and I feel the need to double-check him. The form in which it is found suggests that it is much older. However, when I read his story, it all makes sense. Abandoned in 1848, local settlers removed its roof, using the woods for their own needs. Exposed to the harsh desert sun, the paint has faded and stucco has fallen off the walls in most places, giving the interior a much older feel.

The church was designed as a long hall, where people would stand or kneel during mass. Walk through the main hallway to the shrine with the domed ceiling, where you will still see fragments of the original painting on the walls.

If you don’t mind the stairs, go up to the bell tower. It is accessed by entering the baptistery to the right of the entrance. A staircase leads from one level to the attic of the choir, and you will find the fries on the third level.

Leave the church through the sacristy (where the priest was preparing for the service) to reach the inner courtyard, where you will find a storeroom and the cemetery behind the church.

Near the church, on the right, you will find the Convento Complex. Contrary to what the name suggests, it was not a convent, but a series of buildings used by the community. Around a courtyard, you will see several rooms. They were used as housing for priests, kitchen, ironwork, carpentry and leather goods, weaving room and grain mill.

Prior to the mission, an O’odham village was located on the scene. Although none of their traditional homes have survived in the area, the National Park Service wanted to give visitors a sense of what they looked like. Built in 1997 by O’odham of the San Xavier community, the house you see here reflects their traditional homes, still in use today.

Melhok ki means “ocotillo house” in the O’odham language. It refers to the ocotillos, or cactus-like trees, used as a frame. Before the arrival of the Spaniards, the O’odhams built round houses using mud on a wooden frame. When the rain washed away the mud, they applied a new coating. Over time, they adopted the square rooms. The house also included a mesquite ramada called a wa: ato (“WAH-ah-toe”), and a brush enclosure for cooking.

6. Take a walk in an enclosed orchard

The mission complex included a walled garden as the Spaniards felt the need to bring the plants they knew and represented “civilization” to them. Although not native to the desert, many of these plants grew here with special care. But today you will mostly see native trees in orchards. They replaced the originals and were grown from seed.

7. Hike to the Santa Cruz River

A short walk from the mission grounds leads through a mesquite forest to the nearby Santa Cruz River. The woodland plant community you pass through is home to diverse wildlife, so there’s a good chance you’ll spot birds and small mammals on your walk.

The Santa Cruz River originates north of TumacÃ¡cori in the San Rafael Valley and flows south, crossing the Mexican border before turning around and returning to the United States. Along the way, it creates a rare environment of poplars and willows, a wildlife corridor in the desert home to many endangered and endangered species.

Sit in the shade of a willow tree along the banks of the river and enjoy this environment. But resist entering or even touching the water. As bright and welcoming as it sounds, park rangers warn that it is polluted with E. coli (thanks to cattle ranchers upstream).

8. Stargazing in a starry sky park

Far from the light pollution of towns and villages, TumacÃ¡cori is an international dark sky park, perfect for stargazing. The park offers sunrise and sunset tours several times a year, with the option to gaze at the starry sky and participate in interpretive programs. They focus on the connection between how different cultures viewed and interpreted the starry sky.

10. Celebrate the cultures represented at TumacÃ¡cori

The park also hosts special events that celebrate the cultures of the inhabitants of the surrounding desert.

The Yoeme (Yaqui) Ways of Today offer a glimpse into the life of another desert tribe and include several rituals, theater performances, and ceremonies.

The biggest of cultural celebrations, La Fiesta de TumacÃ¡cori, celebrates all the cultures associated with TumacÃ¡cori and the Santa Cruz Valley. The two-day celebrations begin with a procession through the park and a multicultural mass in front of the historic church. You’ll find traditional food, arts and crafts stalls, shows, and children’s activities on the mission grounds, with free entry throughout the weekend.

Just fifteen minutes from the US-Mexico border, close to the Tohono O’odham Nation and Pasqua Yaqui Tribe Territories, TumacÃ¡cori National Historic Park still stands at the crossroads of many cultures. A visit to the mission provides an opportunity to learn about the present-day nations that surround it, from a historical perspective.

Besides the cultures, visiting TumacÃ¡cori is also a great way to learn more about the Sonoran Desert in southern Arizona, its landscapes, flora and fauna, and weather conditions.

The best time to visit TumacÃ¡cori is winter, or shoulder seasons, when the weather allows for pleasant walks on the mission grounds and hikes down to the river. Allow about two hours to the site, but if you only stay on the paved trails and mission grounds, it is possible to visit it in under an hour.